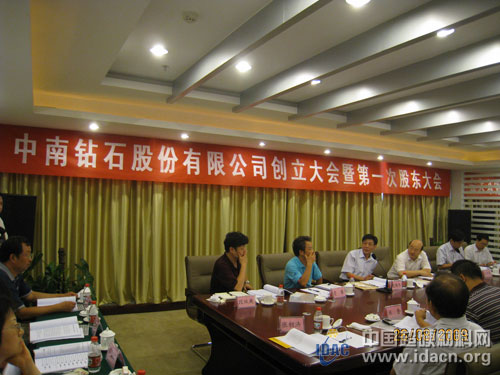 The â€œZhongnan Diamond Co., Ltd.â€, which was established by the overall restructuring of Nanyang Zhongnan Diamond Co., Ltd., held its founding meeting and the first general meeting of shareholders on August 26, 2009. The meeting elected the first board of directors and the board of supervisors by secret ballot. The new company has a stock capital of 450 million shares, which are held by 9 shareholders: Henan Zhongnan Industry Co., Ltd. holds 63.64%, China Ordnance Industry Group holds 13.73%, Shanghai Xunbang Investment Co., Ltd. holds 5.15%, Beijing Jinwanzhong Technology Development Co., Ltd. holds 4.38% of the shares, and five natural persons hold a total of 13.11%. 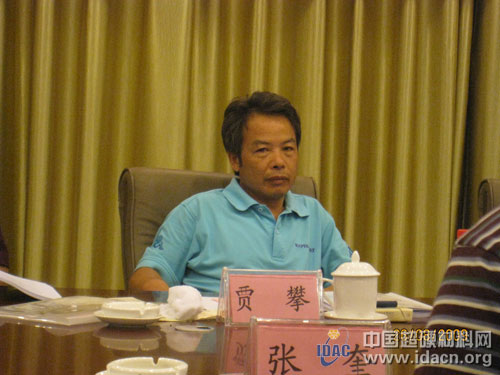 The meeting was presided over by Deputy Director Shi Honglai, and Deputy Director Cao Runshan delivered a warm speech. The General Assembly reviewed and approved the report on the preparation of the company, the proposal of the establishment of the company, and the company's articles of association. At the subsequent general meeting of shareholders, a board of directors consisting of 9 shareholders and 3 independent directors and a board of supervisors consisting of 5 supervisors were elected. The board of directors and the board of supervisors are all appointed for a term of three years. 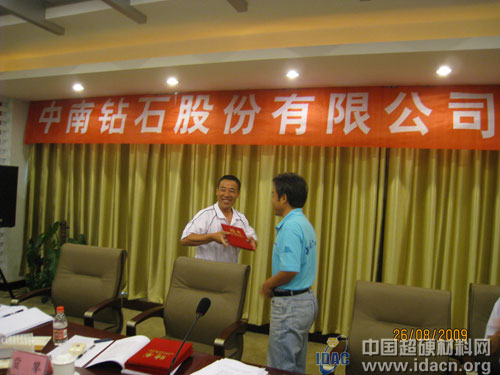 At the first board meeting held on the same day, Shi Honglai was elected as the chairman of the board. According to the nomination of Chairman of the Board of Directors, Jia Pan was appointed as the general manager. According to General Manager Jia, nominated Li Yushun, Lu Canhua and Liu Jie as deputy general managers, and hired Shi Lihua. Ms. is the chief accountant. The board of directors also decided to set up four special committees: the strategy committee, the audit committee, the nomination committee, and the remuneration and assessment committee. The members of each special committee are concurrently appointed by the board members. 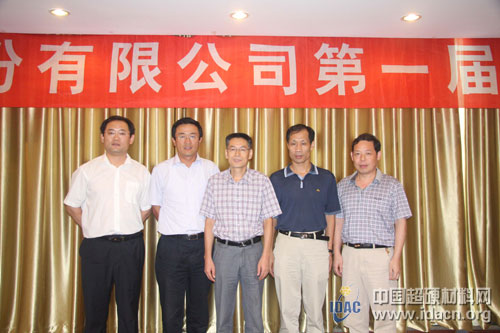 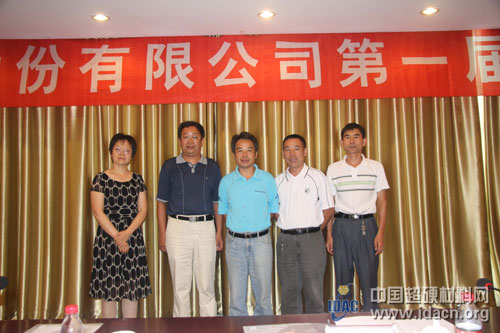 The establishment of Zhongnan Diamond Co., Ltd. is a major event in the history of China's superhard materials industry. She will be the leading manufacturer of synthetic diamonds in China and the world. She will create value for customers, create benefits for shareholders, and serve the society. Create wealth, create the future for the company, and shoulder the responsibility of revitalizing the national superhard materials industry. By taking advantage of the reform and listing of the Dongfeng, we will march forward for the development of the industry and the great goal of realizing a super-hard material power, and march forward bravely! (Li Li)