For the first quarter of this year the LED display purchases shrink, the industry believes that the first quarter of this year, LED display procurement and the second half of last year's hot performance, in stark contrast, failed to form a strong market trend, but reflects a certain Low season features. This is not due to the shrinking demand for LED displays, and the market is still in a rising path of development. With the continuous deepening of the national energy-saving emission reduction policy and the advancement of the 12th Five-Year Energy Saving Strategy, the procurement of LED display screens will usher in an outbreak period.

In the procurement of LED display screens, full-color is the type with the largest amount of purchases in the project in which the disclosure of information in the bid-winning announcement is clear. In particular, outdoor projects are mostly full-color displays. Excluding items that did not specify the type of display screen, the purchase amount of full-color displays in the first quarter reached 6.57 million yuan. The two-color, monochrome and other types of small purchases.

Intelligentization and monitoring will become the main development direction of LED displays. Although the current demand for electronic display screens is close to saturation, but with the development of new display screens and breakthroughs in new demand markets and application environments, this will give domestic LED displays. The screen market brings new opportunities. There are opportunities and challenges. With the intensification of competition in the industry, the future display market will continue to maintain the growth trend on the one hand, but on the other hand, it will also aggravate the transition or elimination of some small and medium-sized LED display manufacturers.

The LED industry has entered the integration period. Some small and medium-sized enterprises will gradually be eliminated in the next few years. In the integration stage, LED electronic display manufacturers with technical strength and capital strength are expected to borrow the strength of the capital market and their own technology and channel advantages to achieve rapid development. In the next 2-3 years, the industry concentration of LED electronic displays will also increase rapidly.

In fact, in the next few years, the domestic LED display market is still growing, and its main growth space will mainly come from the traditional inkjet, neon, billboard replacement market, as well as high-definition, 3D, intelligent, monitoring market, road traffic and other multi-functional high-end LED electronic display market. As long as the order of the industry is regulated, display manufacturers will increase their R&D levels, enhance their core competitiveness, and guide the demand market through products, which will surely win a place in the fiercely competitive market.

a synthetic polymer; a chlorinated product of polyethylene or polypropylene or elastomer. Polyethylene and polypropylene products containing 50â€“70 percent chlorine are used as binders in paints and varnishes and as bases for various adhesives and coatings.
Among the valuable properties of all chlorinated polyolefins are good adhesion to various surfaces and resistance to fire.
Chlorinated Polyethylene products are also resistant to the action of ozone, oxygen, alkalies, saline solutions, strong acids,
aliphatic hydrocarbons, alcohols, oils, and gasoline; they are somewhat less resistant to chlorinated aromatic hydrocarbons. 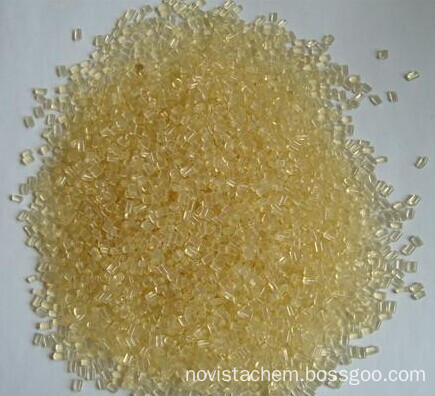