Emerald is known as the king of emeralds and is a very precious gemstone (the birthstone of May), one of the most recognized precious stones in the international jewelry industry. Because of its unique green and unique charm, as well as magical legends, it has been favored by Westerners. Recently, it has become more and more popular among Chinese people.

The English beryl is beryl, which is derived from the Greek beryllos (green stone) and evolved from the Latin beryllus. 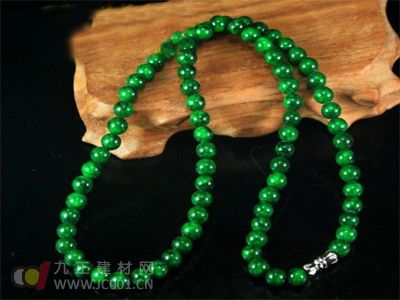 Emerald is known as the king of emeralds and is a very precious gem (the birthstone of May).

Emerald is a very old gemstone that has been used as a jewel in ancient Egypt. The famous mine at the time, Cleopatra (the name of Cleopatra), has been exhausted by extensive mining.

It is difficult for emeralds to find innocent gems. In fact, it can be said that there are some cracks and inclusions in the emerald gemstone, and the variety of crack inclusions is complicated, even called â€œgardenâ€ by researchers.

Too much inclusions naturally affect the value of the gemstone, but for gemologists, the emerald's inclusions are rare samples, and by observing the different inclusions, the difference in gemstone origin can be distinguished. And its growing environment.

Although the emerald's inclusions greatly affect the beauty of the gemstone, its beautiful green color is still no match for other gemstones.

The emerald green comes from the chrome ions inside it, which can be observed by Charles filter.

Under the Charles filter, most of the emeralds appear dark red due to the presence of chromium ions, while other green substitutes are mostly dark green. This rule can only be used as a reference for identification. It cannot be used to determine the authenticity, because some African-made emeralds are not red under the color filter. On the contrary, some artificial emeralds have a strong red color.

The emerald is a family of beryl, which is a hexagonal system.

Emerald crystals are often hexagonal, with few facets. There are pits on the cylinder and bottom surface.

Due to the formation of the rock that is often subjected to stress extrusion, the appearance of the emerald crystal is almost broken, and there are many inclusions. The crystal integrity is extremely rare.

Emerald green is not the same color as other natural emeralds, and its large inclusions can be distinguished by more experienced people.

As for synthetic gems, the effort to synthesize emeralds can be said to be a successor. Basically, synthetic emeralds are made by hydrothermal or fluxing methods rather than the Vilnius method.

There is a limitation in the manufacture of synthetic gemstones by the Vilnius method. This method is only suitable for making gemstones whose composition is stable at high temperatures, such as corundum and spinel, but the emerald is a silicate, and its composition has not yet arrived. The temperature required by the law is decomposed and therefore does not apply.

The process of hydrothermal process of emerald is mainly to put the seed crystal into the solution containing emerald ingredients to make it slowly crystallize. The gems after crystallization are pure and flawless, and the contents of many emeralds with natural emeralds Not quite.

Therefore, the imitation will add some flux in the process, so that the artificial emerald can produce natural cloud-like inclusions after crystallization, and the shape of the inclusions varies depending on the type of flux. It can often form a very interesting pattern.

Due to the excessive number of cracks, the optimization of emerald treatment is mainly in dealing with cracks.